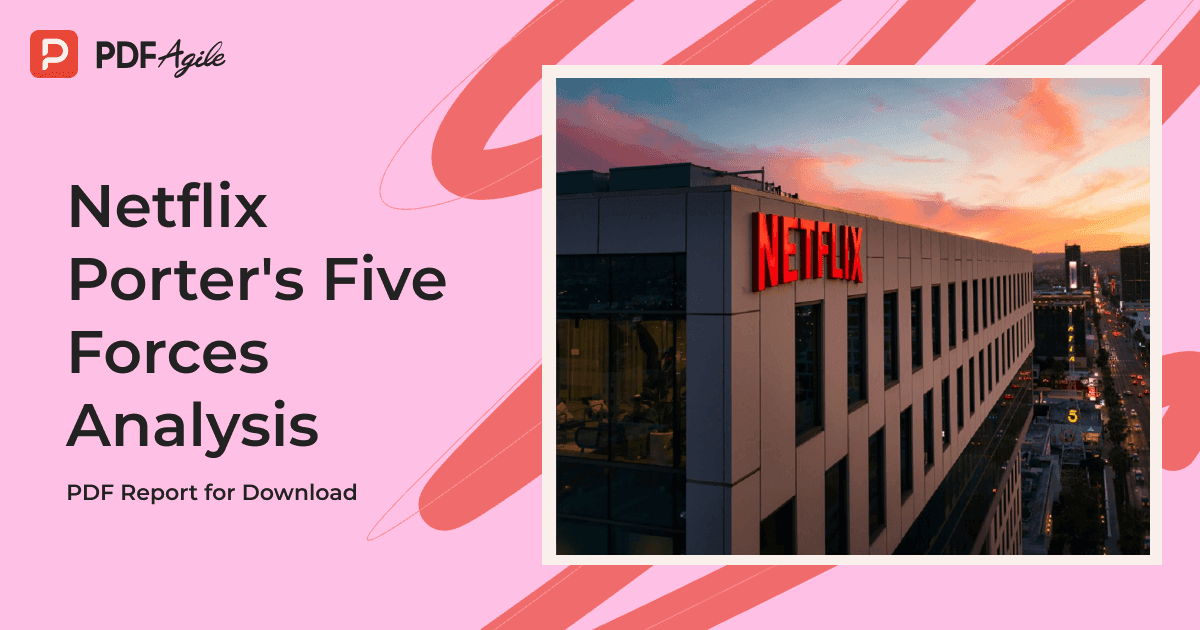 If you did not know, Netflix was launched in 1997. At that time, they started as a DVD renting business. They carry out the renting process via mail. In 2010, Netflix transformed into a video streaming service. They provide their customers with various TV shows, anime, movies, documentation, and much other content. With this change, the users were able to watch ad-free video content without any disturbance.

However, nowadays, there are numerous streaming services available. So, having a proper grasp of Netflix industry analysis is crucial for Netflix.

For an effective and strategic decision-making process, porter is five forces help greatly. Having said that, here are porter's five forces.

Competition in the Industry (Strong Force)

This force is excellent for measuring the level of intensity of the competition. It studies the number of competitors and their abilities. So, according to that, here is a Netflix competitors analysis.

For instance, if we consider a competitor such as Amazon Prime, they provide full access to their video content. At the same time, they also provide services such as 1-day delivery of books and music. So, the top-rated TV show providers are leaning toward the Amazon prime. In 2018, Netflix streamed 8 out of the top ten TV shows in the UK. Now they are losing those shows. The best examples are Friends and BBC News.

For Netflix, the threat of new entrants is moderate, and it will remain at that level. In the last few years, we have all been able to witness significant organizations such as HBO, Disney, Apple, and Britbox launch their own streaming services. These are prominent levels of threats. And they affect the Netflix business strategy. However, here are some valuable facts that we need to consider while sizing up the threat of new entrants.

This is one of the most valuable Netflix porter's five forces. For instance, Netflix faces a big challenge from cinemas. Usually, Netflix must wait 90 days to stream a new movie because of the cinemas. However, they are fighting back to reduce the duration to 45 days. Apart from that, here are some of the other factors related to the power of suppliers.

When it comes to Netflix, its customers have a considerable amount of bargaining power. For instance, customers can cancel their Netflix subscription anytime they want. There is no termination fee. Also, the user information will remain in the Netflix database for one year.

The Threat of Substitute Services or Products (Moderate Force)

You now have a good understanding of Netflix porter's five forces. If we consider these five forces, you will realize that Netflix is in a troubled position right now. So, to be successful, Netflix needs some good strategies.

Reducing the cost is the best method to increase the profit level. Also, Netflix can increase the market share or change the standard prices.

For this, Netflix needs to provide better video content than the other competitive streaming services. This method will increase the value and competitiveness of Netflix.

Netflix should focus on niche markets where it can be successful. For this, they need a better understanding of the buyers, sellers, and competitors.

We hope that you were able to learn about Netflix porter's five forces with this article. Besides, you got the Netflix Porter's Five Forces Analysis PDF file. Keep in mind to use the PDF Agile to edit and convert your downloaded file. You can use PDF Agile for any PDF file.

Available at: https://toughnickel.com/industries/Porters-five-forces-analysis-of-Netflix-Inc (Accessed 17 May 2022).

Available at: https://www.businessnewsdaily.com/5446-porters-five-forces.html (Accessed 17 May 2022).

Available at: https://pdfslide.net/documents/a-porters-five-forces-analysis-of-netflix.html (Accessed 17 May 2022). 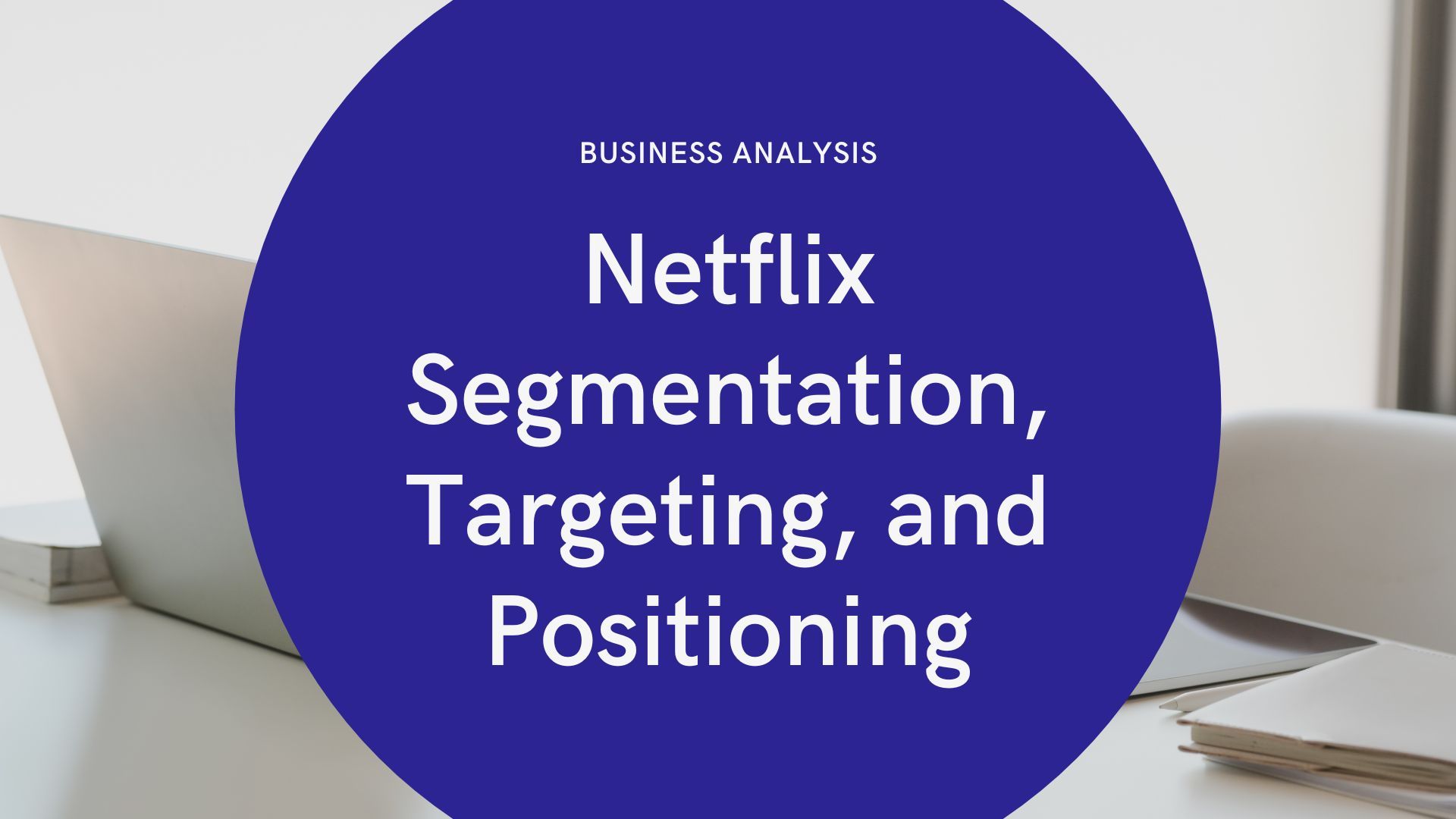 Netflix segmentation, targeting, and positioning strategies help to position Netflix as a leader in the mass media and technology & entertainment industry.

Netflix is a company with a historical background of providing customers with various entertainment options. Beyond any doubt, the company's mission, vision, and core values drive Netflix to great heights and prosperity. 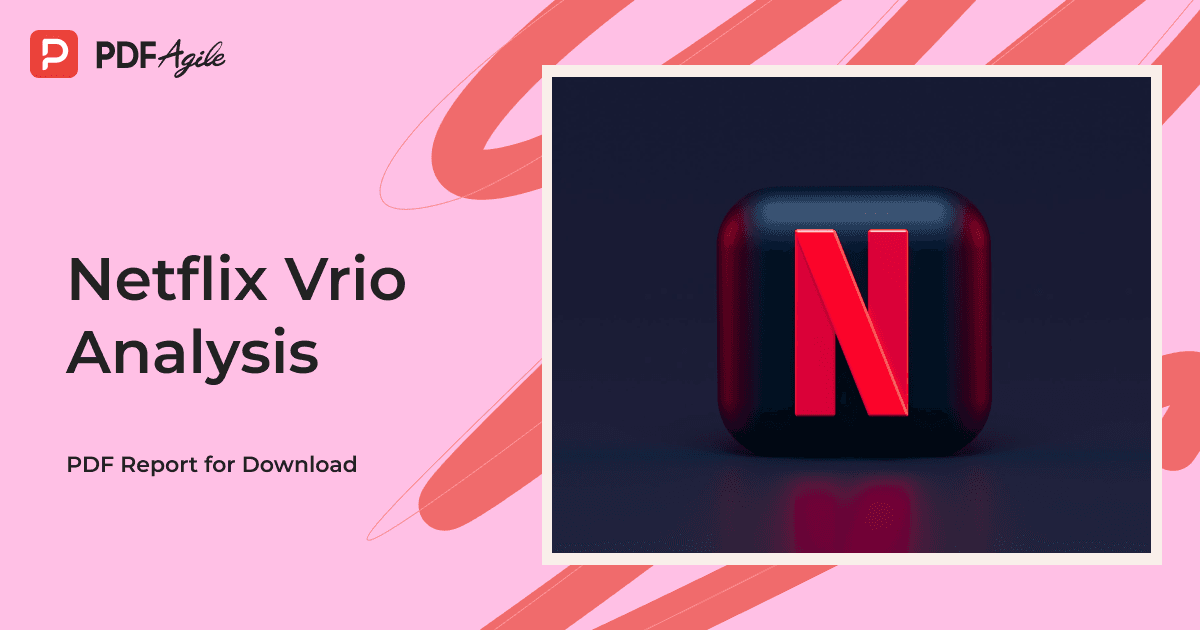 Every company wishes to stay ahead of the competition, and they strive to have the latest practices that ensure success and longevity. One such practice is the vrio framework. Worry not, as this article has you covered on Netflix vrio analysis.