A comprehensive SWOT analysis of Uber 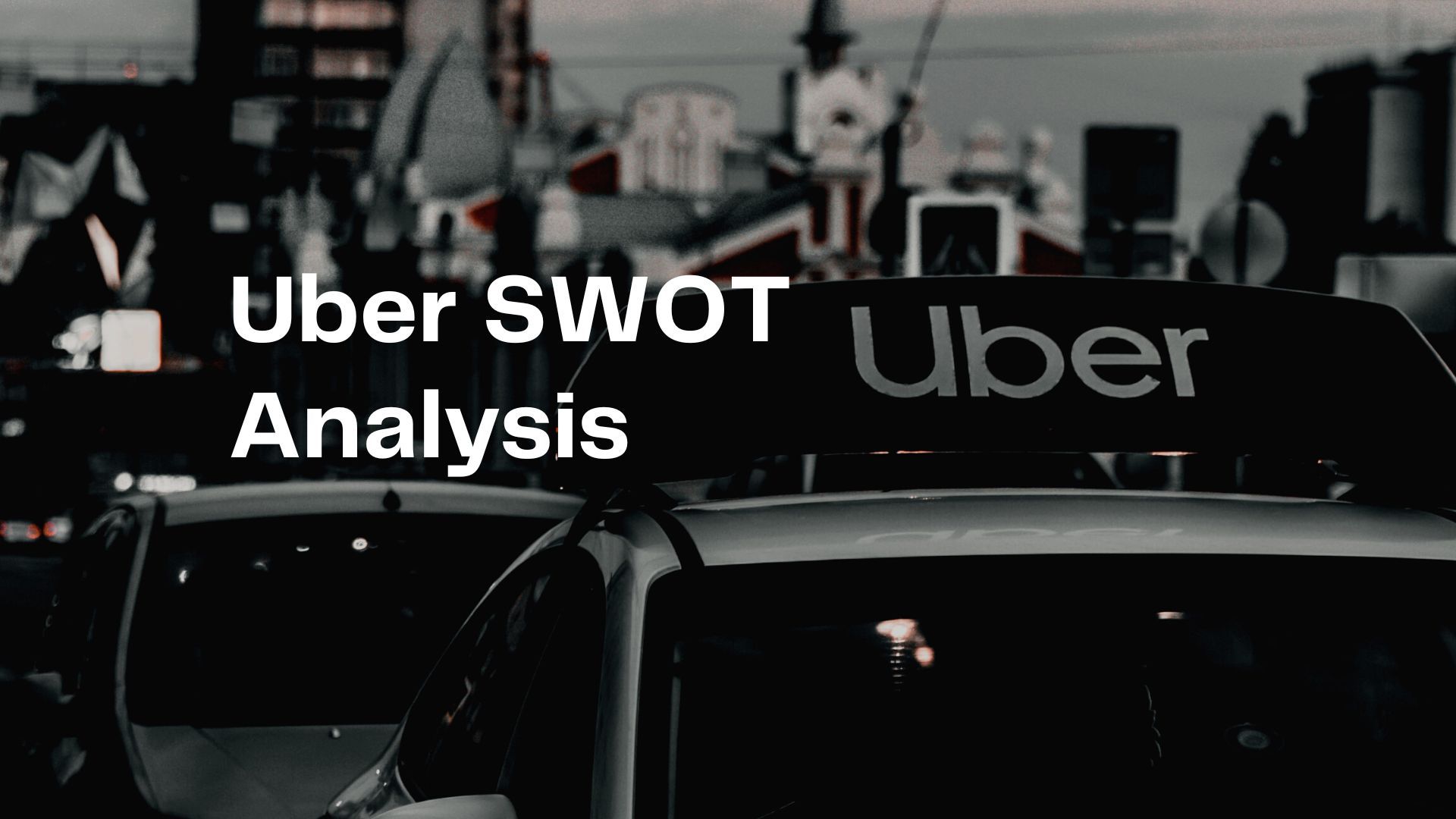 Founded in 2009 by Garrett Camp, Uber is a multinational leading transportation company with its headquarters in San Francisco, California. It offers taxi cab-like services, technology-based ride-hailing services, and food delivery by connecting drivers with passengers via its mobile app. Currently, Uber has grown at an exponential rate, providing operations and its services in over 650 cities and 65 cities worldwide. Notably, Uber has reformed commuting in cities since its inception. People have shifted from individual car ownership to more productive and shared economies that cause a transportation mix in the city.  After over a decade of existence, it would be good to examine Uber's Strengths, Weaknesses, Opportunities, and Threats.

This article performs a comprehensive SWOT analysis to discover its strengths, weaknesses, opportunities, and threats and how it has become a brand in the competitive transportation industry. Keep reading!

Uber can be noted for its numerous strengths that make it successful in the industry.

Here are 5 main strengths of Uber:

According to research, a market leader dominates more than 50% of the market. Uber can be noted to be a monopoly due to its unique ridesharing ability since its invention. In the U.S., it has a market share of 77%, offering over 40 million rides per month. Lyft is the main Uber competitor, with 10% of the market share.

In addition, Uber is currently operating in over 780 cities and 65 countries since its inception in 2009. It is known to hold 69% of the ride-competitive business in the United States. Also, the company has a strong brand identification that makes it easier for Uber to expand into new areas.

Uber has an ever-changing pricing model; the company uses multiple factors to determine the price of a ride as one of its main strong suits. For instance, it claims an increased price proportional to the exact location stated when looking for a ride.

The Uber app broadcasts a surge notification after detecting an increasing demand. Uber's pricing strategy is beneficial to drivers and customers since it allows drivers to arrive in regions with high demand and grab customers faster.

Compared to the common taxis, Uber is a more convenient and less expensive service. In addition, its app-based innovation makes it easier for customers to share rides. As a result, you don't need to waste time on the streets and taxi stands. Also, you will not be subjected to drivers' manipulation on charges.

Uber has become successful due to its affordable and convenient ridesharing compared to other hailing cabs. It allows you to book a low-cost ride with a touch of a button. In addition, its customers and drivers can communicate easily via the Uber app, which is easy to acquire and utilize.

Uber has two successful elements; adaptability and innovation. This is evident from its expansion with grocery delivery services, such as Postmates, UberEats, and Uber Freight.

Despite its rapid growth, Uber has spent little time expanding its offerings in the ridesharing sector. Most likely, you have come across Uber Bikes, Uber Eats, and Uber Rent, services that cater to delivery services. Also, it has grown its revenue, market share, and earnings by structuring multiple such services.

Uber’s main competitor is Lyft in the U.S. Both companies have a safe and convenient services. However, Uber has devised a pricing system that makes it outsmart its competitor. Also, although the two companies offer almost similar services, Uber has unique service areas, culture, and offerings. In addition, the drivers have various personalities and experience that makes Uber achieve over 70% customer preference. This little competition and high preference have made Uber recognized in the market.

Each company’s weaknesses primarily entail its internal factors. Using Uber’s SWOT analysis, its weaknesses may include:

Uber works with its employees (drivers) under no contact; it heavily relies on them questioning the nature of their relationship.

Over the past few years, Uber customers have complained of drunk and stubborn drivers showing up at pick-up points over the past few years. Also, there are multiple sexual harassment allegations against Uber drivers. For instance, an Indian Uber driver was accused of rape in 2015, causing a temporary company shut down. Also, a Washington DC lady recently sued an Uber driver for sexual abuse. Thus, the inability of Uber to provide safe transport to female passengers shows that the company's reputation and profitability are at great risk.

At some point, Uber is quite merciful to its drivers for their fitful behavior. However, this tarnishes their image and erodes their market share, giving the rivals a chance to control the market.

Many businesses invest in offering welfare services to their workers. In contrast, Uber's drivers primarily work independently, giving them the risk of attack. Also, they are responsible for fuel, maintenance, and insurance cost.

Also, Uber's brand is being permanently damaged due to its immorality and misogyny. In turn, this poor culture has forced Travis Kalanick, the company's co-founder and CEO, to resign. Also, critics developed a trending campaign named #DeleteUber, which made over 500 000 users delete their Uber accounts.

Despite the notable trend in the growing revenue, Uber has noted billion-dollar losses. In addition, its aggressive strategy of giving bonuses to drivers and unplanned discounts to customers to beat rivals has caused low profitability.

Although its revenue has grown, Uber has been losing money since 2009. As a result, it initiated a bonus remuneration to drivers and offered discounts to customers to outsmart other competitors. In 2016, the company's net losses exceeded $2.75 billion.

For gain and advantage, a company requires new opportunities. This SWOT analysis will be helpful to the company’s leadership to discover some lost potential.

The government's aid with economic development facilitates the creation of new markets. This will allow Uber to expand its market to achieve a high market share.

When underdeveloped countries attain high-internet connections, Uber can deliver services in such countries. For instance, a country like China has rapid growth in the middle class, which is an important growth market.

As of July 2020, a company plan calls for Latin American and North American grocery delivery via an app.

Unrecognized taxi firms' popularity that has been in the market for too long has diminished. Uber services can now be available in a large market. The service can advance by giving services that major on responsibility and outcomes.

The company can track drivers' performance to identify the most valuable drivers. Also, it can attend to the multiple sexual allegations against its drivers.

Uber's Rating System monitors the on-road performance. Thus, companies can enhance their responsibility by establishing a separate rating for price changes, drivers, and other factors.

To complete the SWOT analysis, we need to analyze the threats. Here are the threats that hold back Uber from attaining its full potential:

Uber’s employment and HR procedures are controversial, including whether it should categorize its drivers as independent contractors or employees. Also, its minimum pay policy has been a concern of over 300,000 drivers. Uber has tackled these alarming cases without going to a trial. However, it has damaged its irreparable reputation.

Due to a judge's order requiring firms to authorize drivers as workers, Lyft and Uber have threatened to terminate their ridesharing services in California. In turn, this will cause an increase in the company's liabilities and costs.

Uber has multiple competitors that include Lyft, DIDI, and OLA. This excruciating competition may cause the industry’s rates to decrease in the long run.

With multiple options available to drivers and passengers, transportation is more affordable. Thus, Uber must move with the trends to beat its rivals and maintain a competitive advantage.

Increased competition will make it difficult for Uber to maintain its employees and customers.

In turn, the competition will negatively affect the market dominance and profitability of the taxicab business.

The competing platforms in the taxicab industry and other logistics companies can offer better incentives, making drivers transfer to such firms.

Since 2017, the Uber driver's satisfaction rate has constantly fallen, making only 34.1% report moderate satisfaction with their service in 2019.

An elaborate mind map is good after a tabular representation. It is ideal as an easier display of Uber's SWOT analysis. Keep reading the company's mind map:

Uber has become a successful transport company that we highly value. The SWOT elements of its strengths are its global market dominance, unique pricing strategy, convenience, diversification, and little competition. However, the top-notch company has weaknesses associated with its high dependency on employees, unsuitable company culture, multiple losses, and unoriginal business models.

Fortunately, the riding business can explore market expansion opportunities, enhanced service delivery, review and rating system, and performance and accountability. Not to forget, the company's leaders can mitigate threats associated with its identified lawsuits, high competition, and low employee retention.

It can be helpful to formulate all details via a PDF mapping software, resembling the above document illustration. PDF Agile software is an easy-to-use PDF editorand converter that will offer an affordable and complete solution for all your needs. Moreover, its features are easy to navigate, even for new users. 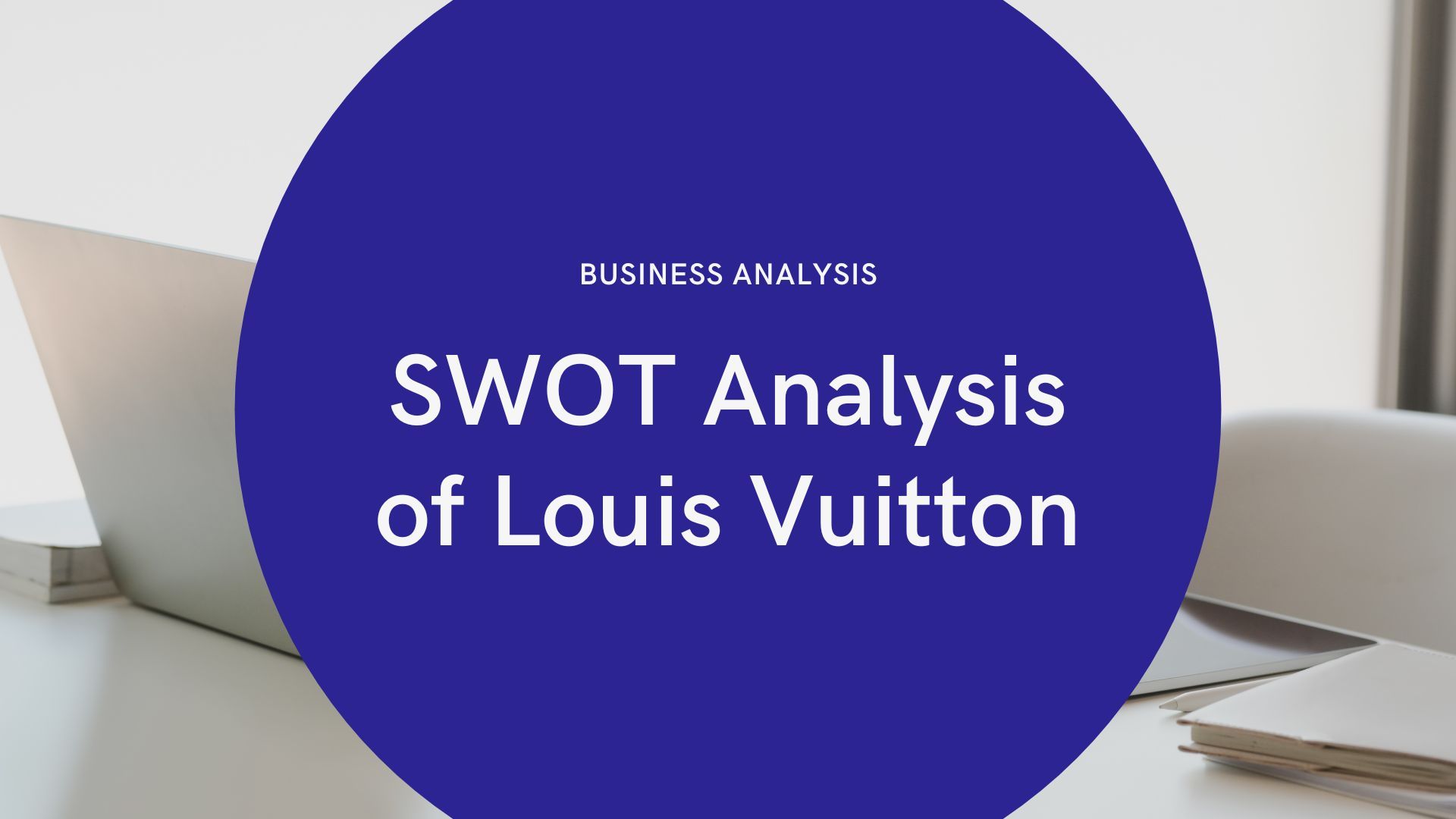 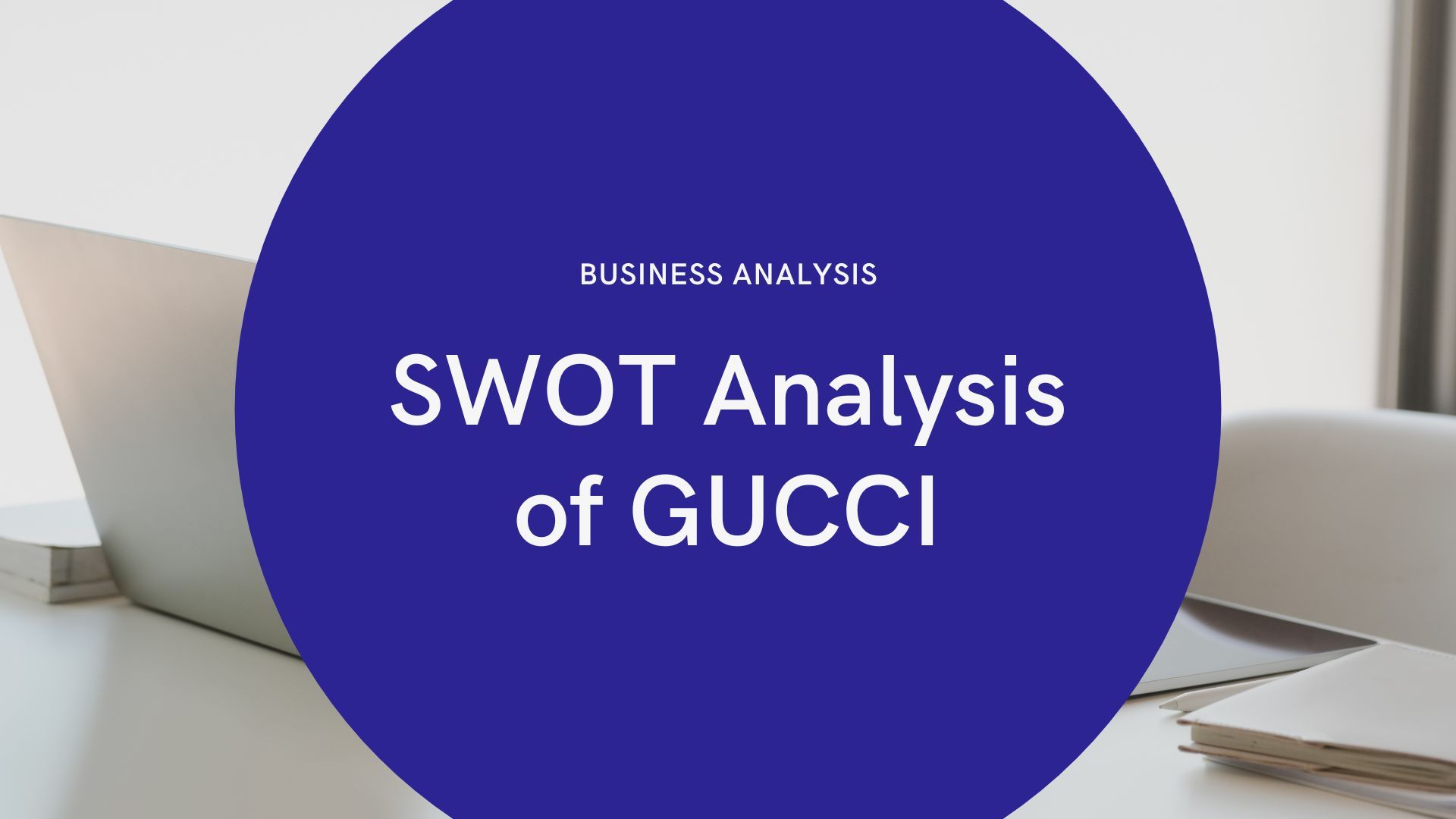 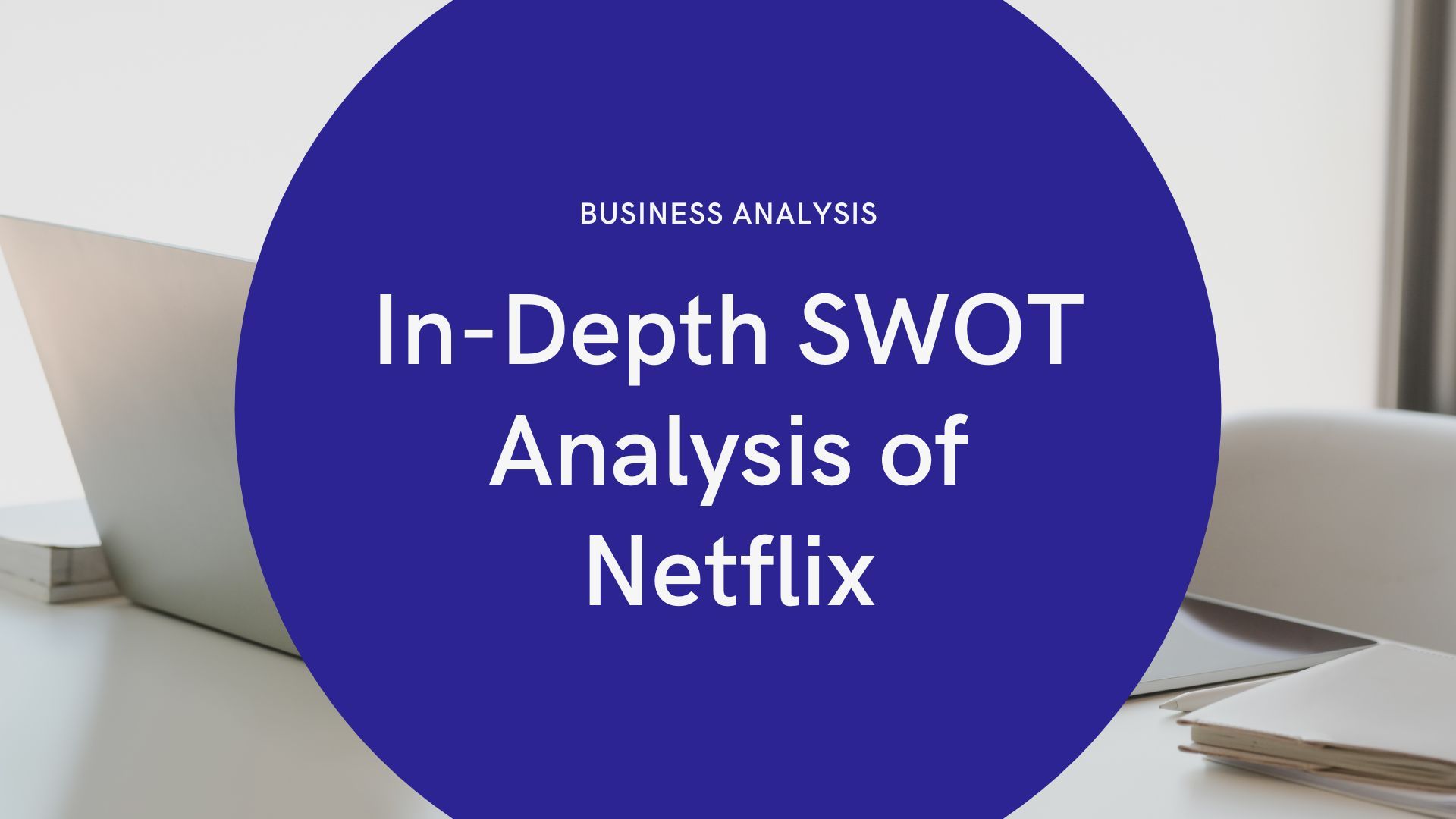