PESTEL Analysis is a tool mostly used by companies or businesses to help identify the external factors that could impact their operations. These factors can be political, economic, social, technological, environmental, or legal. By understanding how these factors could affect their business, companies can make better decisions and plan for potential risks. PESTEL Analysis can also help businesses identify opportunities that they may not have considered before.

Before doing the PESTEL analysis, one should know the background of Coca-Cola. Coca-Cola is a leading US-based beverage company that primarily produces non-alcoholic, flavored beverages. Coca-Cola is a brand of carbonated soft drink that was first produced commercially in the United States in 1892. James Quincey serves as the Chief Executive Officer of the Coca-Cola Company, and its founders were Griggs Candler and John Stith Pemberton. This particular business operates out of Atlanta, which is located in the state of Georgia in the United States. This corporation generates $8.92 billion in net income while having annual revenues of $ 37.27 billion in 2019 in the United States of America (2019). The company sells its products in more than 200 countries.

Coca-Cola's PESTEL analysis demonstrates how different elements such as politics and economics can either accelerate or impede the growth of a Coca-Cola company. Even though Coca-Cola is one of the world's largest beverage corporations, it is affected by these external influences.

A company's investment in a country is heavily influenced by economic conditions in the country itself. A country's economic stability might play a role even if it has a strong trading connection. Failure to generate profit and growth risks jeopardise the company's long-term viability.

The socio-cultural context in which a firm operates has a substantial impact on its success. To manage a successful firm, they must face the challenges head-on. Otherwise, it's possible that the business won't be able to attract new clients.

Aside from the direct impact of technology on beverage companies, there are additional variables that can impact their growth.

Environmental concerns may affect the brand recognition of beverage companies.

It is possible that the legal difficulties will not immediately affect the company's business. However, they can exert some influence behind the scenes.

Even though PDF reports are a fantastic resource for students and professionals, it is difficult to modify a downloaded PDF report due to the format's inability to convert the file to another format, extract text, or edit the document itself. Using PDF Agile's innovative capabilities and straightforward interface, you can swiftly edit, combine, transform, and compress PDF reports. PDF files can also be easily converted to other file formats, including Word, Excel, PowerPoint, Text, Image, and CAD. The PDF report of the Coca-Cola PESTEL analysis can also be downloaded and edited using PDF Agile.

Coca-Cola has a strong customer base, robust infrastructure, and investments. Coca-Cola’s PESTEL analysis shows they must strategize for future growth. They can work on directly affecting concerns.

Understand the impacts of political, economic, social, technological, environmental, and legal factors on your business with the PESTEL analysis Colombia. Use it as an analytical tool to analyze external factors of your operating environment. 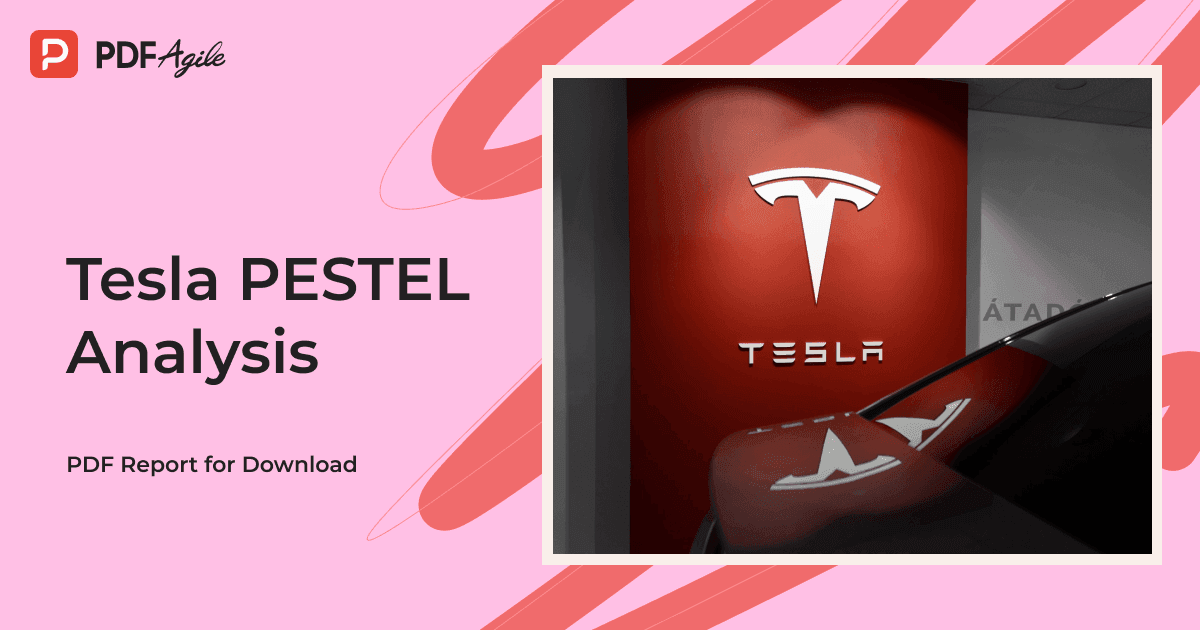 Understand the impact of the market environment on business growth with the Tesla PESTEL Analysis. Learn how Tesla examines the external factors, business opportunities, and possible threats to maintain its competitive business advantage against other players in the market.